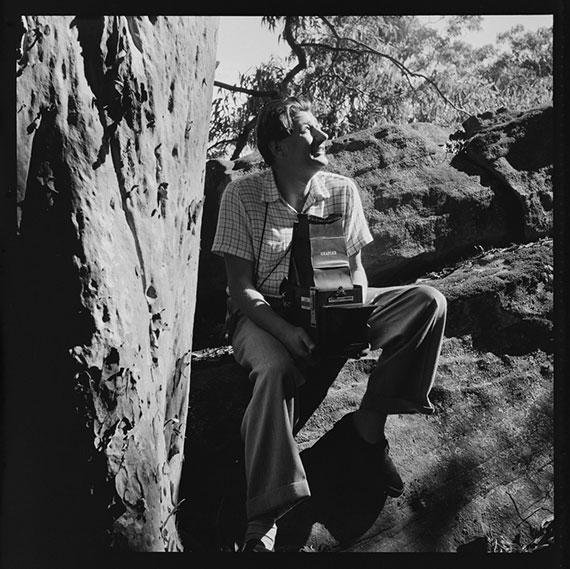 The Jewish Museum’s exhibition HELMUT NEWTON: In Focus showcases an expansive collection of Helmut Newton’s most recognisable and quintessential work. Featuring items on loan from the State Library of Victoria, State Library of New South Wales, the Powerhouse Museum, National Archives Australia, RMIT Design Archives and private lenders and beyond, the exhibition traces Newton’s childhood in Berlin, apprentice with German fashion photographer Elsa Simon, flight from Nazi occupancy in 1938, his internment as an enemy alien in Tatura, Victoria, marriage to June Brunell, and commercial projects for Vogue, Elle, Marie-Claire, Stern and Playboy. Offering insight into Newton’s audacious and often contentious career, the exhibition exposes the artist’s risqué genre of image-making and expands the language and mores of fashion photography today. By and large, HELMUT NEWTON: In Focus conjures the iconic artist’s unique and recognisable world, and captures his everlasting reputation as one of the most important figures of modern photography. 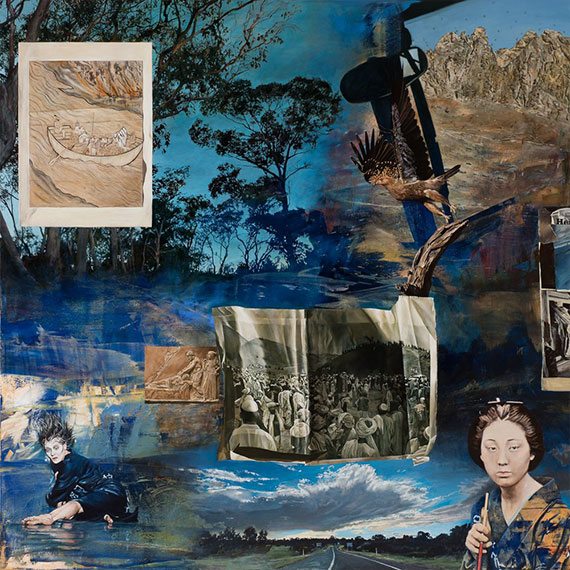 The Last Cool Skies is a significant exhibition by venerable and long-standing collaborators, Lyndell Brown and Charles Green that presents recent works that tell of profound and layered responses to the shifts and shudders of contemporary culture and history. Working across painting, collage, and photography, the artists present a rich and sophisticated collection of found images and constructed tableaus. Each work closely considers the year 2020, as well as the environmental, scientific, and humanitarian developments that since occurred. The Last Cool Skies continues at Arc One Gallery until 16 July, 2022. 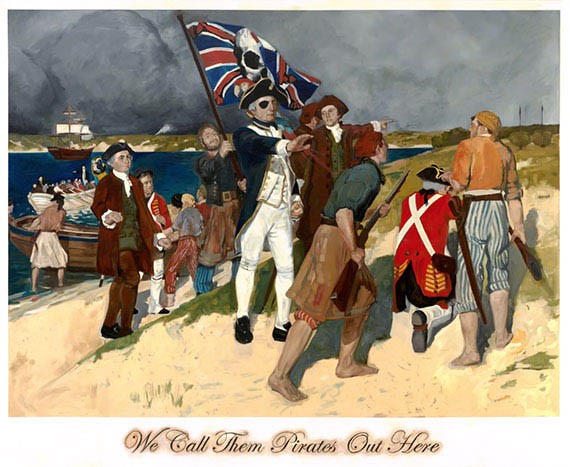 The Art Gallery of New South Wales’s Daniel Boyd: Treasure Island is the artist’s first major exhibition to be held in an Australian public institution. Featuring more than 80 works from across his nearly two-decade career, the exhibition surveys conceptual notions of colonisation, multiplicity, blackness, and First Nations’ resistance. Reflecting on the exhibition Boyd comments, “The installation is meant to represent the relationship between one point of view and another perspective… It is about looking at physical forms of plurality, but also at multiplicity. I think sharing your experiences helps to open peoples’ eyes to different types of realities and helps us to be empathetic; to understand responsibility and accountability.” Daniel Boyd: Treasure Island includes new work and specially commissioned spatial interventions alongside pieces from throughout his remarkable career. Highlights include his 2005 work Treasure Island, Untitled (ZVDG) from his famed 2014 series History is made at night (Kochi) and Untitled (BAT) (2020) which is one of the artist’s first large-scale works. Revealing the richness and diversity of contemporary Indigenous art practices, and Australian contemporary art more broadly, Daniel Boyd: Treasure Island offers a personal and provocative response to the current cultural moment. The exhibition continues until January, 2023. 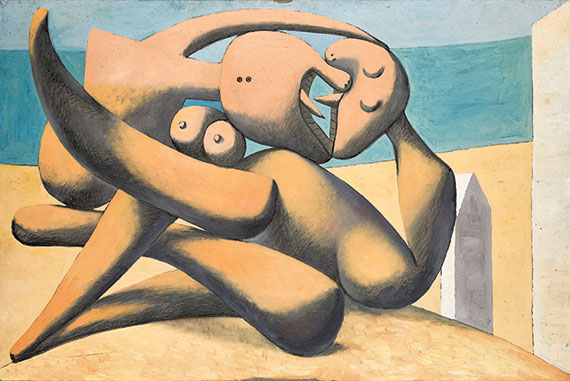 The National Gallery of Victoria’s Melbourne Winter Masterpieces exhibition The Picasso Century charts the extraordinary career of Pablo Picasso in dialogue with the many artists, poets and intellectuals with whom he intercepted and interacted throughout the 20th century. Exclusively developed for the NGV by the Centre Pompidou and the Musée national Picasso-Paris, the exhibition features over 70 works by Picasso, including The studio at La Californie (1956), Fgiures by the sea (1931), The Carriers (1911) and the Weeping Woman (1937). Together with Picasso’s paintings, over 100 works by more than 60 of his contemporaries are featured, including works by Guillaume Apollinaire, Georges Braque, Salvador Dalí, Alberto Giacometti, Françoise Gilot, Valentine Hugo, Marie Laurencin, Dora Maar, André Masson, Henri Matisse, Dorothea Tanning and Gertrude Stein that are drawn from French national collections, as well as the NGV Collection.

The Picasso Century is on display at NGV International, St Kilda Road, Melbourne until October 9, 2022. For tickets and information, please visit the NGV website. 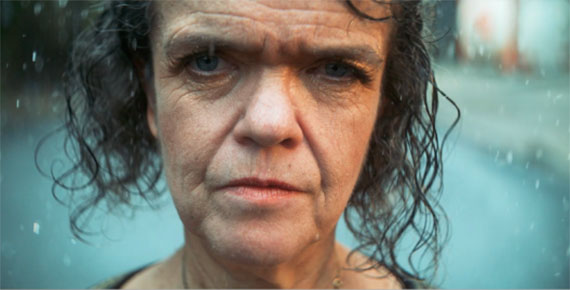 Debra Keenahan’s solo exhibition BEING DIFFERENT invites viewers to reconsider and experience the physical and social world from the perspective of an individual with dwarfism. Critiquing the often-blasé ill-treatment of people with dwarfism, Keenahan’s photographic, sculptural, performative, sound, collaborative, and video works expose and refute the current attitudes and preconceptions surrounding disability. Moreover, the exhibition provides constructive strategies for stigma management and a platform to support the broad spectrum of differing physical and social abilities existing today. BEING DIFFERENT continues at Casula Powerhouse Arts Centre until July 24, 2022. 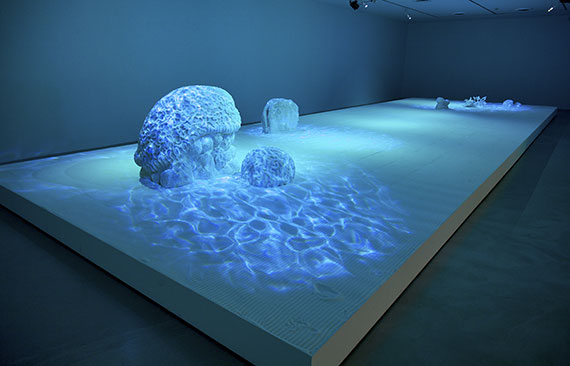 KEN + JULIA YONETANI: TO BE HUMAN

In the midst of the current climate crisis, ongoing global energy shortages, nuclear escalation, war, and food scarcity, Ken and Julia Yonetani’s work holds ever-increasing relevance. The artist’s first major survey, titled To Be Human currently showing at QUT Art Museum, stresses these prevalent and urgent environmental, economic, cultural and humanitarian concerns. To Be Human combines works from Australian and international collections, including a reiteration of Sweet Barrier Reef, their major installation from the 2009 Venice Biennale. The exhibition opens July 5 and continues until October 23, 2022. 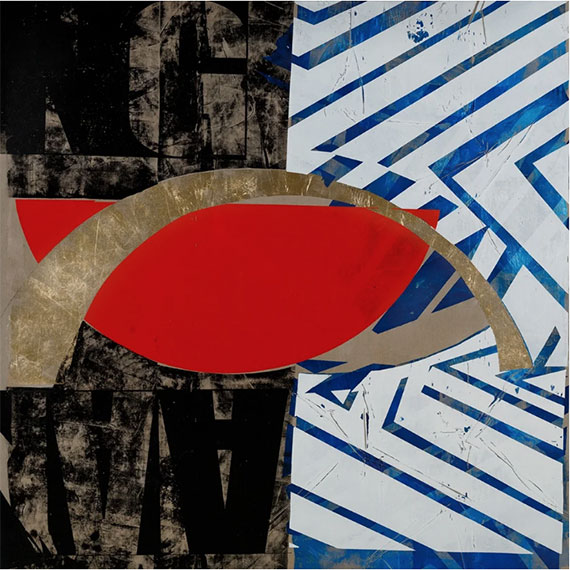 With contemplative and reflexive vocations, Brook Andrew’s exhibition ngaay ngajuu dhugul birra (to see my skin broken) at Galerie Nathalie Obadia, challenges current methods of displaying Indigenous cultural materials. Drawing inspiration from vernacular objects and the archive, the artist’s seminal totems, relics, mandalas in ceramic, wood, neon, stone and marble sculptures, and abstracted paintings, reassert the significance of Indigenous Australian culture, ceremony, and rituals today. Of the exhibition, Andrew elucidates, “The (featured) paintings and sculptures create a mise-en-scene of continuing culture and new imaginings, presenting the complicated and broken processes of accessing and piecing together our objects held in museums. This installation creates a safe space, and is an exercise in healing and radical self-love in a ceremonial scene that is free from the mistreatment, misinterpretation and romanticism inflicted upon our cultures.”  ngaay ngajuu dhugul birra (to see my skin broken) continues at Galerie Nathalie Obadia until July 23, 2022.