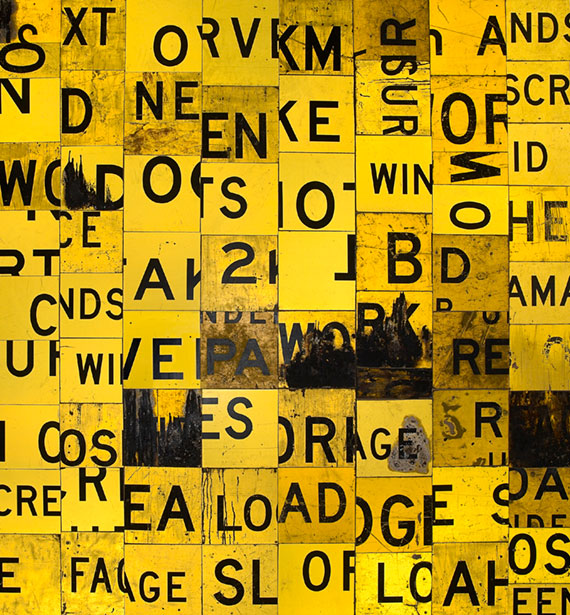 The late Rosalie Gascoigne is remembered as a pioneering figure in Australian art history on many fronts. From her inventive use of natural found objects to her success as the first female artist to represent Australia at the Venice Biennale in 1982, Gascoigne undoubtably influenced the course of Australian art and culture.

Yet despite the instantaneous success she experienced at the outset of her career, her journey towards professional art was anything but orthodox. Gascoigne’s debut exhibition was in 1974 at Macquarie Galleries in Canberra when she was 57 years old. Prior to this, she had received no formal art training, with the exception of an arts degree undertaken in 1937 in Auckland. However, her unconventional background is likely what contributed to her success.

After her marriage to astronomer Ben Gascoigne in 1943, Rosalie relocated to the remote scientific community of Mount Stromlo outside Canberra, site of the Mount Stromlo Observatory and part of the Research School of Astronomy and Astrophysics at the Australian National University. It was here on the sweeping vistas of the Monaro Plains that Gascoigne found her inspiration. By the time of her debut exhibition, Gascoigne had already spent 30 years in an apprenticeship with the land, developing her own artistic practice in which the land and her connection to it was central.

Gascoigne’s art is pure and organic, uncontaminated by the expectations, frameworks and rules of the contemporary art curriculum. Her philosophy championed a naturalistic and untraditional process of art making. Gascoigne ensured that the materials she used were preserved in the same way they were found. In Piece to Walk Around (1981), the saffron thistle sticks used in the work carry remnants of the land; they have been left uncleaned and earth and dust are visible. Gascoigne did not want to erase the imprint the land had made on her found materials or sanitise the unbreakable connections they possess. Her efforts to preserve the imprint left by the land and her reliance on found, largely natural, objects established her as a leading figure in sustainable art.

Moreover, the role of landscape extends beyond the medium in Gascoigne’s work. The layout of Piece to Walk Around, flat on the ground so that the viewer can look down at the work from above, is emblematic of agriculture and the cultivation of land, resembling the patchwork of farmed earth and various grasses that cover the landscape. This was the beginning of a powerful theme that would come to define Gascoigne’s practice; order in randomness, and a careful carelessness. As the viewer walks around the work, different textures and colours are reflected by the light. This visual illusion echoes the power of light within the Australian landscape, and the different forms, colours and shapes that are revealed from different viewpoints, locations and boundaries.

A similar attempt to blur boundaries can also be seen in an earlier work by Gascoigne. In Feathered Fence (1979), Gascoigne subverts the very concept of boundary or border by presenting a fence that is made from white swan feathers – a soft and malleable material through which people, objects and air can move freely. Here, she acknowledges the segmentation of the land but encourages movement through its distinct and unique terrains.

In the decades following the production of these works, Gascoigne went from strength to strength, continuing to find inspiration and materials from her beloved landscape. In 1994 she was awarded an Order of Australia for her service to the arts, solidifying her seminal role in the creation of a distinctly Australian visual culture.