Japanese artistic collective teamLab make work that puts the feeling back into the digital realm.

When Helsinki’s highly anticipated contemporary art venue Amos Rex (a €50 million refurbishment of the city’s original 1930s precinct) opened in August, the showstopper was a mind-boggling installation by the Japanese art collective called teamLab. Their work Massless, a vast exhibition encompassing five digital artwork projections in fully immersive spaces, including a new work entailed Vortex of Light Particles, was uniquely teamLab: a visual bath of digital light sound. Created especially for Amos Rex, Vortex is described by the artists as “a digital simulation of water pouring upward in reversed gravity towards the uniquely and beautifully domed ceiling, flowing from this underground space to the skylight above. The trajectories of these simulated water particles form a series of lines, which in turn create waterfalls and a vortex all along the walls and ceiling of this space.”

The exhibition at Amos Rex follows on from teamLab’s June 2018 Tokyo opening of Borderless, a 10,000-square-metre digital-only permanent museum exploring the concept of the ‘borderless’. Built in partnership with urban landscape developer Mori Building, Borderless is divided into five zones, with the “artworks installed to have no borders separating them from other works, extending beyond corridors, overlapping, and even fusing with other works. This allows the boundaries between visitors and artwork to be in a state of constant flux.” Borderless is concept-breaking, too, in terms of the way in which the artists are controlling the presentation of their work within their own museum; tickets available via the website are sold out well in advance. In 2019 teamLab will open yet another spectacular digital museum: this time in New York, at Brooklyn’s Industry City in Sunset Park. Details are still in development. Most recently their work was featured at Sydney Contemporary at both PACE Gallery and Martin Browne Contemporary Art. Their dance card is well and truly full. But who are teamLab?

They describe themselves as an art collective: an “interdisciplinary group of ultra-technologists whose collaborative practice seeks to navigate the confluence of art, science, technology, design and the natural world. Various specialists such as artists, programmers, engineers, CG animators, mathematicians and architects form teamLab.” So eloquently expressed is their credo, it reads like a manifesto for a new age – one yet to come, even. “teamLab aims to explore a new relationship between humans and nature, and between oneself and the world through art. Digital technology has allowed art to liberate itself from the physical and transcend boundaries. teamLab sees no boundary between humans and nature, and between oneself and the world; one is in the other and the other in one. Everything exists in a long, fragile yet miraculous, borderless continuity of life.” Their members number more than 550, directed by the group’s creative leader, Toshiyuki Inoko.

The descriptor ‘digital art’ does little to describe the richness of their work, which explores and explodes ideas of art even while it pays homage to everything that came before it. teamLab believe “that the digital domain can expand the capacities of art, and that digital art can create new relationships between people.” The apparent contradiction of using technology to bring people closer to art – or to describe the natural world – is obvious, and yet to experience a work by teamLab is remarkable.

“Working with teamLab really has been the most extraordinary part of my 30-year professional career,” says art dealer Martin Browne, an early advocate for the collective. “My first encounter with teamLab’s work was at Art Stage Singapore in 2013,” he says. “Jan Minchin [of Tolarno Gallery] and I were walking around the fair when we were stopped in our tracks by a mesmerising eight-screen artwork. It was with Ikkan Art, a small Singapore gallery that neither of us were familiar with, and we assumed at first that it was a video. We learnt that the artwork was not a video but rather an algorithm, a piece of digital software, and that it was by a young group of Japanese artists who worked collectively under the name of teamLab.

“We were introduced to two members of the group, who explained to us that their credo in making artwork was to use the digital world to reconnect their audience to the natural world. It became clear to us that they were pursuing a path unlike any other artists working in the digital space that either of us were familiar with,” Browne recalls. “Where most other artists we could think of were using 21st-century cutting-edge digital technology to address very contemporary subjects and concerns, teamLab were focusing their ‘ultra-technologist’ skills on subjects that had been the focus of Japanese art for hundreds of years: the impermanence of life, the natural world, the passage of the seasons, and similar timeless – and universal – themes.”

Not everything the group makes is vastly immersive. It is important to note that they work, too, on a smaller, more intimate scale: one- and two-channel works that fit perfectly in the domestic environment. Golden Waves (2017) is a computer-generated simulation of undulating waves that can be configured as a four-, six-, eight- or 12-channel work. teamLab explain: “The water [in Golden Waves] is expressed as a continuous body after calculating the interactions of hundreds of thousands of particles. To visualise the waves, the behaviour of the particles of the water was then extracted and lines were drawn in relation to the movement of the particles.

The wave created in a 3D space is then turned into an artwork in accordance with what teamLab refers to as ultra-subjective space.” As fascinating as this creative process is, an understanding of the technology behind it is secondary to the actual experience of the work. The overall effect of Golden Waves is of a shimmering, animated, gilded Japanese screen that evokes the grand Edo tradition while it speaks also to painting, even as it describes something intangibly contemporary and impermanent. And what of this impermanence, and technology’s relentless supersession of itself? “Technology is just a tool for us, just like a paint. Although it’s a tool, it does affect greatly the creation, just like how Western landscape painting has developed as it became possible for the painter to take paint outdoors.”

Browne says, “teamLab’s vision encompasses so many aspects – from the vast experiential artworks and site-specific interactive projects through to the monitor- and screen-based works to the whole division of the group, which is dedicated to making artworks that focus on engaging children and teaching them cooperative play. All these aspects to teamLab’s practice are part of a greater whole. The group sees every facet of their activities as contributing towards what their central focus is: building a better and more beautiful world through their digital artworks. In many senses their aim is quite utopian but it is one that they passionately believe in.” 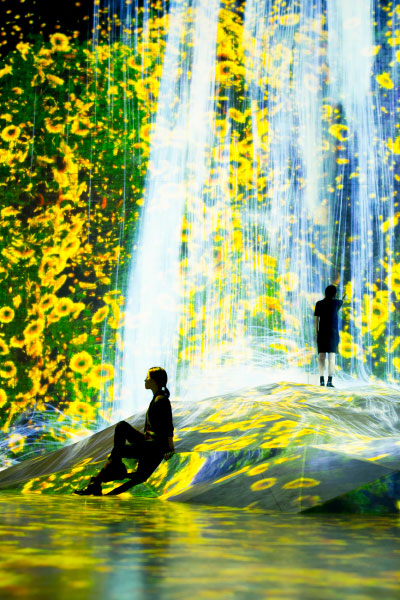 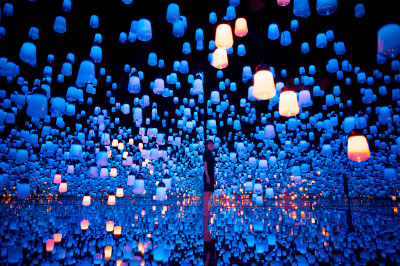 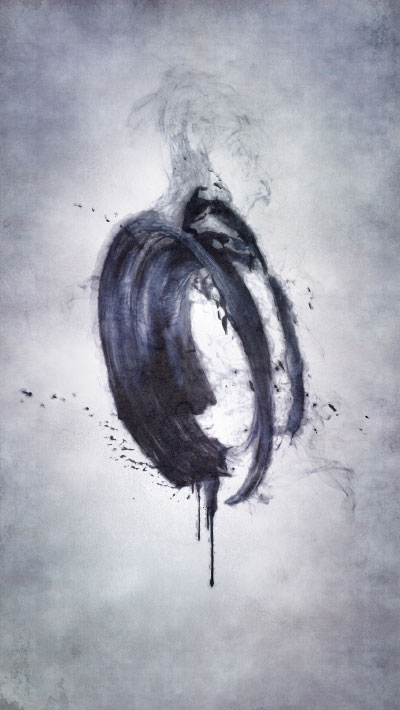 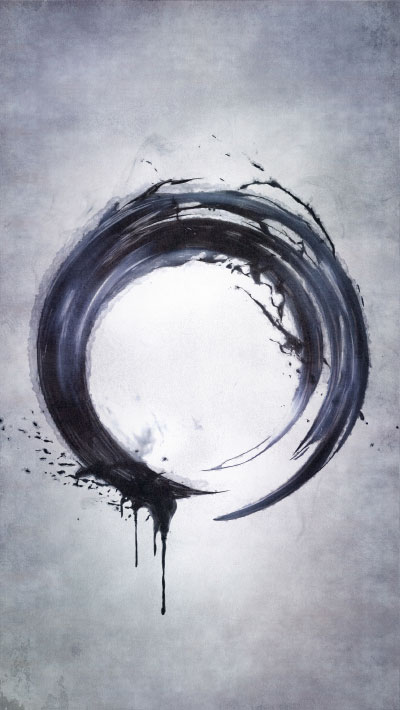 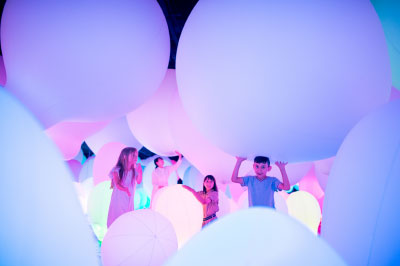 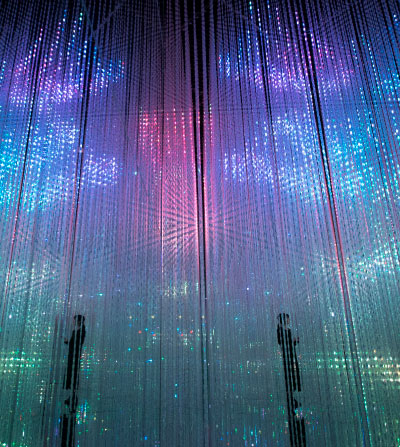