The wry, inventive paintings of Sydney artist Tom Polo are an ode to all the different people we contain, repress and reveal.

FEATURE by Mariam Arcilla May 2018

Polo creates images, words, and painted environments that explore the emotional and psychological sagas of anxiety, tension, and expectation. His figures, gestures and texts unfold from habitual scans of his social surroundings, interactions between himself and other people, and a curiosity about the function of facades and personas. Overheard conversations, small talk at art shows, text messages with friends, awkward meetings and interpersonal musings all serve as cues (and clues) for the artist, who chronicles them with a graphic fidelity.

I meet Polo at his studio at Sydney’s Artspace, and since it’s a hot morning, I bring us cacao drinks to cool down. He hesitantly asks what the ingredients are. I half-jokingly say, “all sorts of vitamins, so we can become our best selves.” Suspicion gone, he takes a swig, and says, “I’m Italian, and we have this saying, ‘la bella figura’ – or beautiful figure – which is the idea of wanting to present your best self or facade, showing yourself in the best possible light. I’m fascinated by that.”

Over the past decade, Polo’s practice has revolved around oneliner texts and figurative works that deal with the semantics of personas: our best and worst selves, and the ways in which we conceal and reveal them. He’s presented stand-alone words on billboards, banners, neon signs, sweatshirts and a book, often bending and spinning letters into radical, anti-style placards that feature ineffective or paradoxical suggestions. Words become dead-ended dialogue in A closed conversation opens (2018), while YOU ARE EXCELLENT (2008), with the ‘T’ cropped off, is a cordial salute to failure and shortcomings.

“I’ve always regarded my work to be about the communication of words and images,” he says. “Language can draw you in but it can also be a barrier, like when you see spelling mistakes on billboards, or poorly hand-painted signs. These graphics are designed to entice, but because they’re hard to read they become counterproductive, so their mixed message depends entirely on how you read the situation. I find this underlying humility to be endearing. It adds a quality of simpatico.”

In other works, Polo hides passages in the undercurrent of his painterly figures, a sub-narrative for those who seek it. Contemplations of revenge, scribbled like evidence, belie Casual Climber (has a painting ever been created as an act of revenge) (2018). In Emotional Patrol (In Memory of Me) (2017), he snakes the work title into the clothing of a duelling figure, as if it needs psychological armour. “I’m drawn to the nuances of ‘being on guard’ and having an awareness of what you exude; how the feelings of other people can affect you,” he says.

To prepare for his March show at STATION Gallery’s Sydney pop-up space, Polo scavenges his iPhone for documented images and notes, collaging snippets and ideas onto canvas. First, he draws in oil sticks and pencils, then builds them up with acrylics and Flashe. These fast materials allow for “intuitive methods and corrections”, while sharpening the staccato-like aesthetic he is known for.

His odd beings are humanistic, if not exactly human, with swollen faces, fettuccine arms and tarantula bodies. Today, he’s working on a creature that contorts itself like a human morphing into a werewolf at full moon. It’s later named Proceed with fiction (2018). What ties all his figurative works together is their anticipatory and theatrical nature: they pose, swivel, step up, act, as if they await cues from the artist to take positions or swap personas. Polo explains that the geography of a canvas acts as a pausing mechanism that lets him capture a person, feeling, or moment before it exits a scene or stage. “I treat these forms as stand-ins or understudies, so they become emotional portraits, rather than physical,” he says.

Born in 1985, Polo has lived in Western Sydney all his life. As a kid, he expressed an interest in psychology and advertising. “I wanted to enter a field that dealt with images and words,” says Polo, who studied psychology at university, “but I’ve since learnt to channel those interests into an arts practice instead.” In 2012, he completed a Master of Fine Arts at Sydney’s College of Fine Arts and has shown prolifically in Australia and the UK. A finalist in several prestigious prizes, he won the Brett Whiteley Travelling Art Scholarship in 2015. This granted him a residency in Paris and a side trip to explore his Italian heritage, where he fulfilled a childhood dream of visiting one of Rome’s most cryptic artefacts, the marble face sculpture Bocca Della Verità (The Mouth of Truth). According to myth, if you placed your hand in its mouth and it bit your hand off, you were exposed as a liar. Parents used this ‘truth-telling’ artifice to discourage their children from lying.

Fuelled by this pilgrimage, Polo returned to Australia to present the wall installation In a Part of Your Mind, I Am You (2017) at Primavera: Young Australian Artists, Museum of Contemporary Art in Sydney. Portraying the two-faced persona of public/private, mainstage/backstage, and hidden/revealed, Polo fastened onto a wall a cluster of crumpled cinefoil masks that appeared to assess and mock their audiences. Those who ventured behind the ‘stage’ were rewarded with a trio of figurative works, which seemingly take on the role of puppetmaster for these emotional exoskeletons.

Intense colour mashups often ground his paintings, as do the flossy lines of his brushstrokes. These qualities are poignant in blend in or disappear (2017), where he casts two feminine figures against a terracotta terrain. One has chiselled cheekbones and a highlighted T-zone; she sashays with camera-ready poise towards a bare-faced, stoic being. Polo tells me they represent his sister and mother (the latter wears a flowery Calabrian skirt referencing his family’s Italian roots). As it happens, his sister works in beauty and makeup public relations, an industry tasked with masking a face and showing its best self. “She often takes home free samples of makeup palettes and eyeshadows,” says Polo; “she gives them to Mum sometimes.” What fixates him is the “humanness and fragility associated with ‘putting on a face’,” particularly how the makeup techniques of masking, brushing, blending, and contouring closely align with painting methods.

He compares this to face-tuning apps like Google Art & Culture (which compares your selfie to portraits of van Gogh and Rembrandt’s ilk) as an absurdist way to alter our faces to suit a situation. “My work revolves around this abstracted need to justify faces based on recognition, comfort, or judgement,” he affirms. “We all like to play many versions of ourselves: the mediated self, the online self, the in-person self – but we’re all part of that same, embodied person.”

As an analogy, he offers: “I could show you a photo where I’ve altered my reddish nose and blemishes or the dark circles under the eyes. But what happens if you see me the next day with all my flaws? Will you get a strange [combination] of: did I meet the real Tom, did I envision a fixed-up Tom, or was it an amalgamation of both?” He concurs, “What can we get away with, what can we not get called out on, how long can we keep up the visual trickery? These are these veneers, the smoke-and-mirrors situations, that interest me.”

That night, after leaving Polo’s studio, I comb his Instagram account. Here’s what I’ve gleaned: he’s a prolific documenter of pareidolia (a tendency to identify faces or patterns in random objects and images). He visits galleries to observe art and people looking at art and people blocking the art and inadvertently becoming part of the art. Sometimes he throws his 7,700 followers questions like: “Is it wrong to choose a colour for a project based entirely on its name?” (it was ‘Cheesy Grin’, a macaroni-and-cheese hue by Dulux). He photographs street cats; gives them anthropomorphic personalities (because after all, what is social media without cats?). He’s reached the end of his Artspace residency, so his latest post is a call-out for a new studio space, teamed with a picture of a dolphin wielding a paintbrush, captioned “I AM ARTISTE.” Hyper-aware, speculative, offbeat, this artist sure has a knack for placeholder personas and unmasking the best side of a situation. It makes me wonder now: which Tom Polo did I meet today? Or rather, which facade did he reveal to me?

Tom Polo has an upcoming solo exhibition at Roslyn Oxley9 Gallery from April 9 until May 8, 2021. 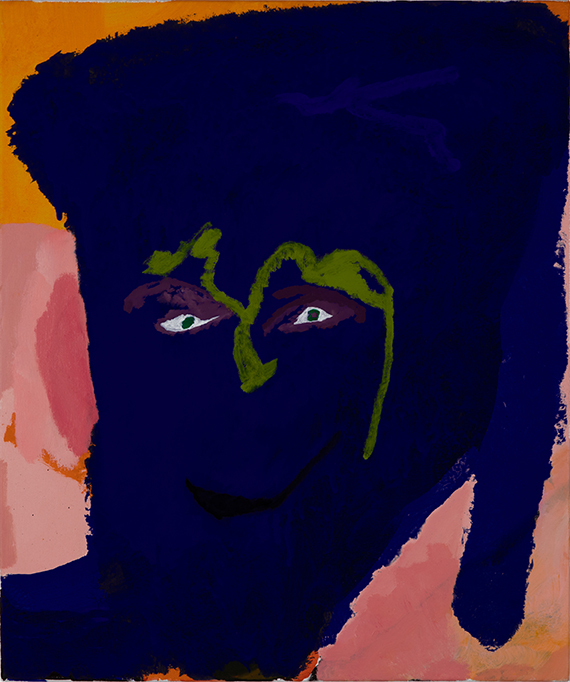 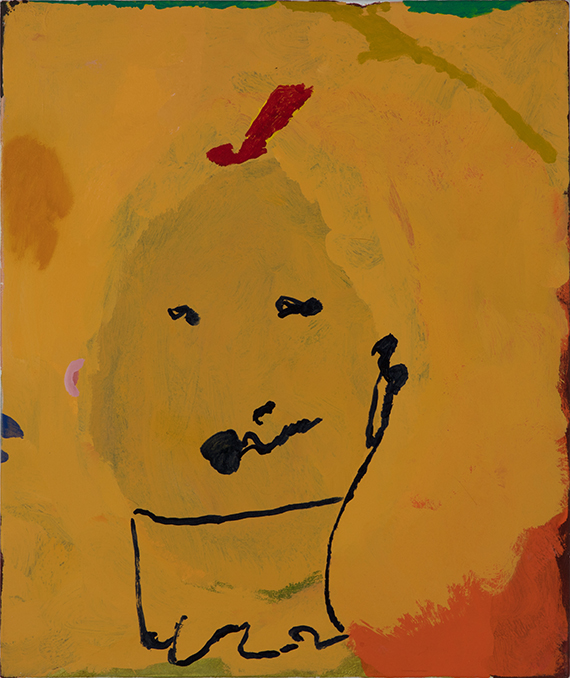