Of Shadows and Surfaces

John Stezaker owes his decades-spanning oeuvre to a nocturnal practice that’s guided as much by artistic serendipity than it is by a desire to interrogate our relationship with the photographic image — often in ways that are playful, macabre and laugh-out-loud hilarious.

When John Stezaker won the 2012 Deutsche Börse Prize, a number of journalists questioned whether a self-proclaimed collagist who unashamedly cuts up other people's pictures should be collecting one of the biggest photographic prizes in the world. One person who they weren’t getting arguments from was Stezaker himself.

“I was inclined to agree with them,” he tells me, from the sun-lit London home which doubles as his studio. “But the prize was a kind of acceptance of the way I use vernacular photography. I was honored that what I’d been doing for decades was seen as some sort of contribution to the wider mainstream practice of looking at and thinking about images.”

The attention sparked by the Deutsche Börse put Stezaker in the limelight and this isn’t a place he feels comfortable. The British artist, who’s now approaching 70 years old, has spent the majority of his career in relative obscurity, showing his work only occasionally. It wasn’t until his Marriage series, produced in the mid-noughties that his contemplative, hands-on practice began to fascinate curators, collectors and a younger generation of artists.

“For someone who has taught for decades I still have
a dread of public speaking,” he tells me, reminiscing about the night he had to ascend the stage at The Photographers’ Gallery in London to accept his prize. “I had about two months of sleepless nights leading up to that event. I had rehearsed an acceptance speech just in case, but still had recurring nightmares that something horrendous would happen, that I’d trip on the steps or forget ... Subscribe to read this article in full 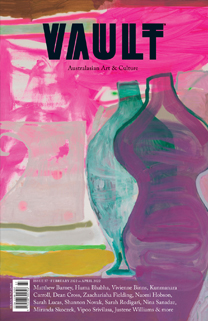