By calling on Australian studios, creatives and artists to propose their designs for our national flag, VAULT is doing all in its power to kick-start the Australian flag debate.

The notion of the national flag is at once pragmatic, emblematic and quasi-mythological in its scope. Flags are agents of cultural narrative and pillars of a national visual language. In theory, they direct our collective gaze, inform our thinking, embolden our unanimity and, in some small way, invoke our core values, qualities and characteristics. They propel and express such sensibilities to the rest of the world, as do they consolidate them within our own borders. Or so we've had it drummed into us.

Of course, once we extract the national flag from the pomp and hyperbole of tradition, the notion itself becomes somewhat troubling. As distant (and more recent) history so eagerly articulates, the flag is an easily exploitable and, in our case, incredibly monosyllabic beast. The stirring sight of the Union Jack, Commonwealth Star and Southern Cross aflutter is at once ripe for corruption and inauspiciously silent as a witness to history's traumas and society's shifts. Indeed, the flag can be an instrument of violence, marginalisation, denial and monoculturalism, as much as inseparability.

One might suggest that, up near the summit of Australia's flagpoles, we've got it pretty bad. The Southern Cross is something of a saving grace. As often as it has been hijacked for the tattooing purposes of the undereducated, it serves as both a marker of place and a site for trans-cultural reflection, projection and symbolism. It transcends religious and racial divides, and does what it can to resist fanaticism, no matter how fervently the tattooed brigade tests its limitations. It is a constellation of stars that we can all gaze upward and perceive, no matter our colour or our place in history. Stars don't judge.

“I love your flag – Great Britain
at night.”

It's the other bit that's the real worry. As we know, the Union Jack does judge and it certainly discriminates, as does the history and the singular lineage it represents. As visual language, it is a dead-end – a kind of cultural cul-de-sac. Some of us came from Britain. We get it. It may have made sense to the non-Indigenous population in 1901, but it sure doesn't amidst the porous contemporary world. One narrative of a nation's foundation should not predefine its trajectory nor shackle its potential for change.

Attitudes towards the flag serve as allegories for the wider national climate and discourse. While New Zealand's much-publicised flag debate and design competition has perhaps stirred more media attention than public interest (in early September, Fairfax Media's New Zealand political editor, Tracy Watkins, suggested that the flag debate hadn't “stirred enough interest to fill up a country hall”, while a poll by The New Zealand Herald found that 53 per cent of voters didn't support changing the national flag). Nonetheless, it does suggest a country that is conscious of its present as well as its past; a country at least willing to entertain the thought.

Webers Law is all about changing within the limits of noticeable difference. This design is an attempt to provide something that is within Webers Law, but passes the decent design test.

An evolutionary rather than revolutionary flag. Incorporating the colours of the Aboriginal flag,
it depicts a kangaroo, in silhouette against the sun, over the great red continent.

The Golden Wattle flag is a symbol of our nation's diversity and aspirations of unity. It represents all the people of Australia, without distinction of race, language, belief or opinion, united as one.

The flag debate is a symptom, amongst other things, of a more progressive mindset. And, as we know, New Zealand is leagues ahead of Australia in this regard. The respect for and recognition of its indigenous Maori peoples and their cultural past and present is just the tip of the iceberg.

With the recent appointment of Malcolm Turnbull as Prime Minister, it seems a perfect time to ignite the Australian flag debate. A committed republican and a relative progressive, Turnbull's self-imposed mandate has been one of elevating public discourse and the intelligence of debate – a far cry from the polarising tactics and divisive one-liners of the Abbott years. This line of thought extends directly to our national regalia. It's time to allow a more diverse, ambitious, mindful and outward-looking contemporary Australia to redefine our central symbology.

In the context of this climate of optimism, we at VAULT thought it pertinent to kick-start the flag debate with a callout to various segments of the art, design and creative industries, with some of Australia's more innovative studios, agencies and artists proposing flag concepts that span elements of history, sociology, data, humour and parody. Whatever the approach, one thing is clear: the idea of Australia as some kind of underling to empire is done with.

These flags are a mixed bag – a rich tangle of symbolism, change, present and past – just as they should be. Change is afoot in Australia, and we can choose, as we should, to embrace it, or turn our collective noses and let it flutter by in the breeze.

Inspired by the first two lines of the Australian cricket team victory song Under The Southern Cross I Stand. Credited to former wicketkeeper Rod Marsh, who was apparently inspired by Henry Lawson's 1887 poem Flag of the Southern Cross.

Under the Southern Cross I Stand
A sprig of wattle in my hand,
A native of my native land,
Australia you little beauty. 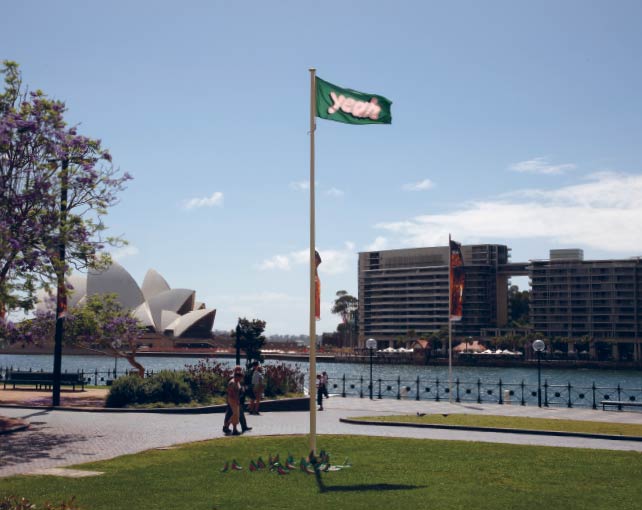 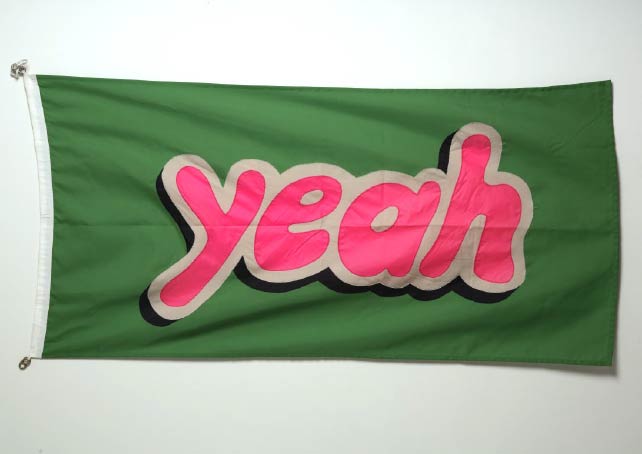 I want a flag that doesn't look like any other flag. A flag that is
positive, inclusive and optimistic. A flag for us, for all Australians.

A literal and geographically factual way of representing Australia is through celebrating the land as a whole; each state and its percentage of area mass is represented here through an ‘Australian' colour palette (and a bit of neoplasticism).

From a prickly colonial past, a softer, more universal nation blossoms to the all encompassing unity of the circle. Trimming the sharp pointy bits, everything's easier to swallow.

The design above reflects the new political paradigm by displaying the name of the country's leader on a white background while the former leader inverts to black. Such little respect is now shown for our public institutions that a cynic might argue as to why our flag should be treated any differently. Is it not also just a representative symbol? 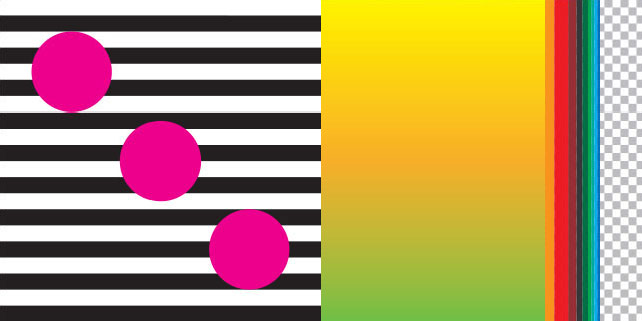