Vivienne Binns: On and through the Surface

VAULT previews a major survey of one of Australia’s great women artists. 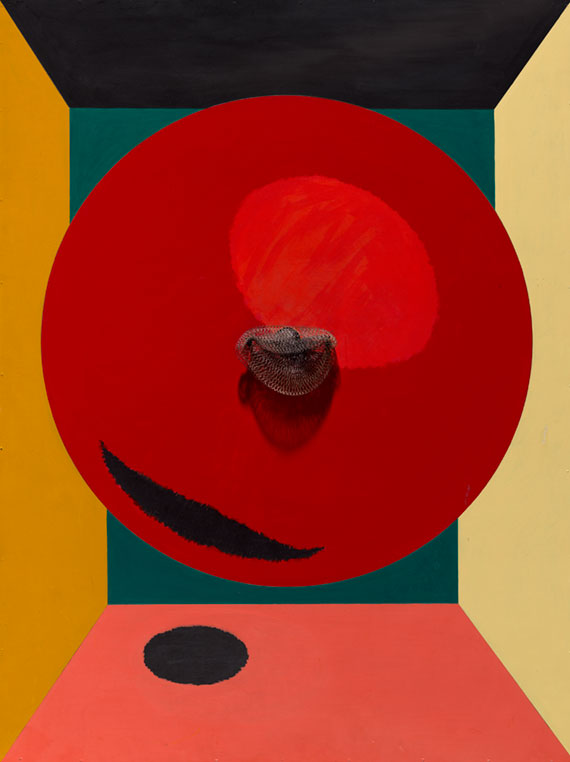 Over the past five years, we have seen a rise in projects that centre around the history of feminist art practice in Australia, in which institutions critique the gender disparities entrenched within museological practices and collections. Large-scale examples include the exhibition Unfinished Business: Perspectives on Art and Feminism (2017–18) at the Australian Centre for Contemporary Art and the ongoing initiative Know My Name at the National Gallery of Australia – alongside independent projects such as artist Tai Snaith’s discursive podcast A World of One’s Own or Elvis Richardson’s investigation into industry inequities The Countess Report.

In 2022, Monash University Museum of Art (MUMA) and Sydney’s Museum of Contemporary Art (MCA) will look to an artist whose prolific oeuvre has been at times over-looked but whose wide-ranging practice is widely considered to have heralded the second-wave feminist movement in Australia. In February, MUMA will open its doors to On and through the Surface, an expansive survey of the work of Vivienne Binns. Incorporating over one hundred works across the fields of painting, assemblage and various multidisciplinary collaborations, the exhibition will span six decades of the artist’s practice.

Born in Wyong in 1940, Binns was raised in Sydney, studying at East Sydney Technical College and the National Art School, where she studied under artists such as John Olsen in the 1960s. Binns’ first major solo exhibition at Sydney’s Watters Gallery in 1967 was notorious for its calamitous reception, sending shock-waves throughout the arts community. These early works were distinguished by unflinching depictions of the female body and sexuality. Vibrant and fantastical paintings that borrowed from Surrealist automatic drawing presented shocked onlookers with delirious visions of bodies that menstruate, that yearn, that grieve; bodies depicted as powerful, abundant and, at times, abject. Celebrating the power and joys of erotic desire with both wry humour and poignancy, Binns’ early work spoke to the monstrous- feminine, using recurring motifs of the vagina dentata to celebrate strength, not savagery. Writer Merryn Gates observes of the exhibition’s scandalous reputation in Sydney: “There was just no critical pigeonhole for abstract work which asserted female sexuality and addressed repression and censorship.”

Stepping away from the rigid confines of a conservative industry that misunderstood her work, for a time Binns ceased making paintings. Instead, she chose to embark on a series of peripatetic community-building projects across regional New South Wales. Relational projects such as Mothers’ memories, others’ memories (1979–80) used communal storytelling to document matrilineal histories as complex and densely layered as Binns’ own paintings. Binns fostered a nurturing space where women from regional areas could come together to make, to share knowledge and to partake in a collective history. Projects such as this questioned how art was defined within the institutional canon, giving primacy to experiences that were accessible and participatory and generating a sense of agency by centring marginalised voices. During this time, Binns was also one of the founding members of the Sydney Women’s Art Movement. The movement, inspired by art historian Linda Nochlin’s 1971 seminal essay ‘Why Have There Been No Great Women Artists?’ also contributed to the generation of the Women’s Art Register, an archival project still in existence today. Binns resumed painting in the 1980s but the relational spirit of her work persisted, as evidenced in her teaching at a range of universities and ongoing collaborations with peers and students in Canberra where she has lived and worked since 1994.

Represented by Sutton Gallery in Melbourne and Milani in Brisbane, Binns’ recent paintings pull us into densely layered, nebulous planes of colour, pattern and painterly gestures, building complex and poignant narratives that draw onlookers further and further into their rich depths. Often series are installed in rhizomatic networks, building vibrant abstract worlds. Binns’ practice is a self-reflexive enquiry into what it means to construct a painting. The works map space and time through elaborate mark-making, returning again and again to pattern as an indelible trace of human history: from remnants of a decorative tile to labyrinthine geometric structures reminiscent of urban sprawl. Throughout her recent practice, allusions to the body remain: a dazzling abstract pattern of a chequered jumper is dappled with rendered folds, an achingly tender suggestion of the body of the wearer.

With a practice that made unapologetic interrogations of Australian society – forging a path for generations of artists to explore the fallacies of gender representation, hybrid practice and relational community projects – it is surprising that, until more recent decades, Binns’ work has not garnered more widespread appreciation. During Binns’ first retrospective exhibition at the Tasmanian Museum and Art Gallery, former director Bill Bleathman spoke of the artist’s mercurial practice and adoption of “diversity as a deliberate artistic position.” Indeed, perhaps it is Binns’ use of multiplicity as a strategy to question the structures of the artworld and the manner in which she renders the boundaries of disciplines porous that, for a time, eluded classification and subsequent recognition.

The curators of On and through the Surface, Hannah Mathews and Anneke Jaspers, describe Binns as an “important and singular figure in the history of Australian visual art.” Mathews goes on to say: “At MUMA, this exhibition launches a year of exhibitions, publishing projects, events and commissions that consider how the keystones of Binns’ practice – such as community, collaboration, creativity, identity, queer methodologies and feminism – exist in a diverse and varied ecosystem of other artists and thinkers.”

Vivienne Binns: On and through the Surface is at Monash University Museum of Art (MUMA) from January 29 to April 9, 2022 and the Museum of Contemporary Art Australia (MCA) from July 30 to October 17, 2022.

Published alongside the exhibition will be the first monograph on Vivienne Binns, a collaboration between MUMA, MCA and the Power Institute which will incorporate academic contributions, a comprehensive biography and recent interview. 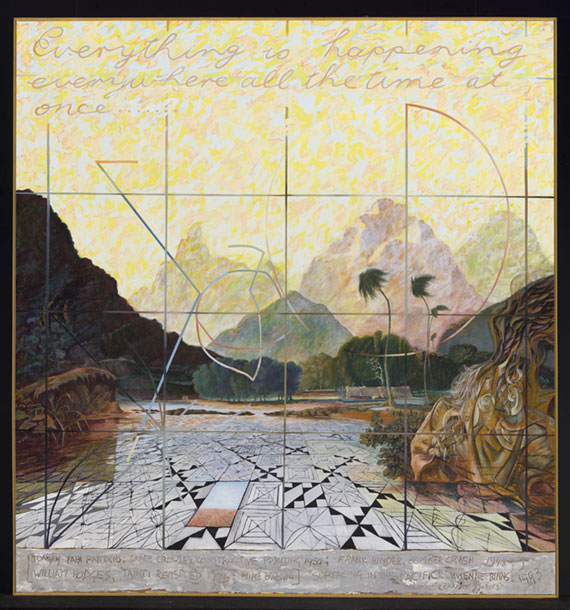 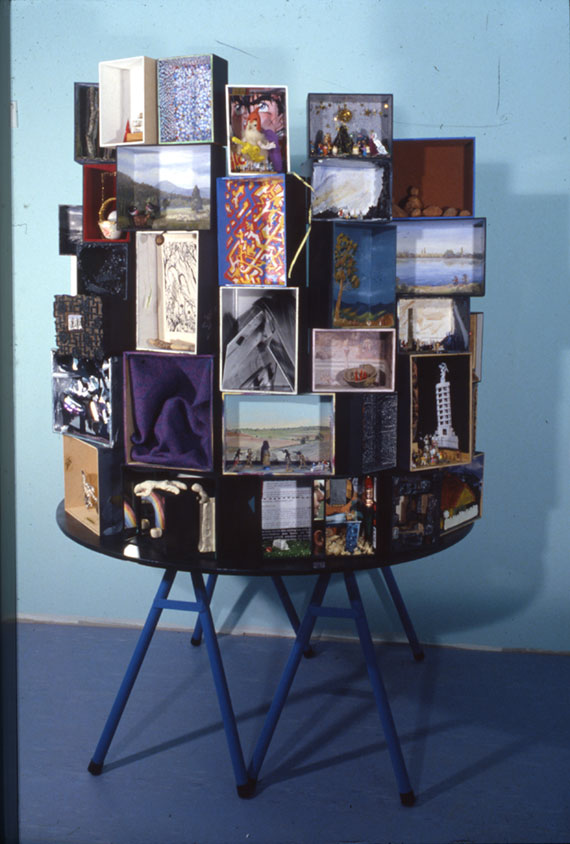 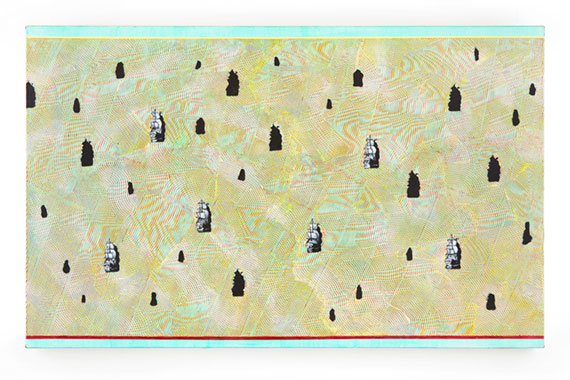