In 2020, Gabrielle Chanel, Manifeste de Mode premièred at the Palais Galliera: Musée de la Mode de la Ville de Paris. Now making its international début in Melbourne, it is the first exhibition in Australia to focus on the enigmatic French couturière. For Issue 36, VAULT writer, Inga Walton takes a look at the retrospective currently on show at the National Gallery of Victoria through the life of Mlle Chanel. 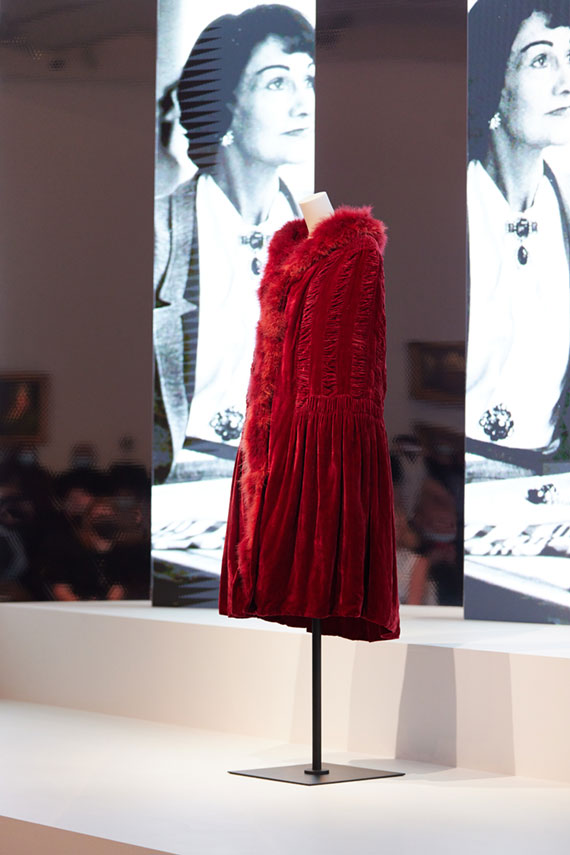 For decades Maison Chanel has been closely associated with the German designer ‘Kaiser’ Karl Lagerfeld (1933–2019), who oversaw the modern revival of the company from his appointment as Creative Director in 1983 until his death. Lagerfeld’s time at the helm saw the steady expansion of international boutiques and the launch of numerous additions to the range, confirming the interlocking Cs as one of the most widely recognised brands in the world. Lagerfeld’s studio director Virginie Viard, who first worked for him in 1987 as an intern, assumed his position, after his death, and presented her first Chanel collection in May of 2019.

This period of transition creates an ideal moment to look back on the indelible impact Gabrielle Bonheur ‘Coco’ Chanel (1883–1971) had on the development of womenswear and style in the 20th century. Curated by Miren Arzalluz (Director) and Véronique Belloir (Head of Collections) at the Palais Galliera, Gabrielle Chanel. Fashion Manifesto at the National Gallery of Victoria is the most ambitious international survey of the designer’s work to date. It comprises more than one hundred garments from the 1910s to 1971, including loans from the Direction du Patrimoine de Chanel, the fashion Maison’s heritage department, and three garments donated to the NGV by philanthropist Krystyna Campbell-Pretty AM. These latter garments, being displayed at the NGV for the first time, include a dark red velvet Evening cape (c.1924-26) trimmed with marabou feathers, a white organdie embroidered Evening dress (1933) with fluttering layers and girlish bows, and a chic Cocktail dress (1958) with multiple rows of delicate white passementerie resembling dew-drops.

An inveterate self-mythologiser, Mlle Chanel’s outsider status was informed by her impoverished background and insecure childhood. Her mother died in 1895 and she was sent to live with two maternal aunts in Courpière in the Auvergne region. Subsequently, the five Chanel siblings were abandoned by their father who fled to America and the three sisters were sent to the orphanage at the Abbey of Aubazine. The nuns instructed their students in needlework and embroidery; when Mlle Chanel attended the Notre Dame school in Moulins from 1901 to 1903 she acquired dressmaking skills. Echoes of the convent can be seen in the sober monochrome palette and contrasting liturgical colours Mlle Chanel favoured in her collections.

Religious symbolism – including crucifixes, Maltese crosses and Byzantine reliquaries with cascading pearls – were replicated in the Chanel ‘illusion jewellery’ (costume) range introduced in around 1924, and which Mlle Chanel took great delight in combining with the genuine items. Vogue editor Bettina Ballard perceptively noted another tendency in Mlle Chanel’s character; she had “a strong proselyting instinct. She likes converting people to her way of thinking, dressing, and living.” Mlle Chanel’s resourcefulness and fierce desire to transcend the financial and social ostracism that characterised her formative years also led her to scorn bourgeoisie pretensions and reject the overt trappings of wealth. She would later declare: “Luxury is not the opposite of poverty, it is the opposite of vulgarity.”

The exhibition unfolds across several chronological and thematic sections, showing the extent to which the couturière was the embodiment of Mlle Chanel’s company. She rejected prevailing conventions in both dress and society by creating simple, slim-line, fluid outfits that marked a radical departure from the constricting fashions of La Belle Époque in France and the Edwardian period in England. Sponsored by her lover and mentor, the shipping merchant Captain Arthur ‘Boy’ Capel CBE (1881–1919), Mlle Chanel founded a millinery store in Paris (1910), then one in Deauville (1912) that also stocked resort wear. She borrowed from the masculine repertoire of sports clothes, in particular the English blazer, and began using jersey fabrics during World War I. “By inventing the jersey, I liberated the body,” she asserted.

As business flourished, the Chanel aesthetic became renowned for combining simplicity with a certain grandeur, and luxury without ostentation. “A fine fabric is beautiful in itself, but the more lavish a dress is, the poorer it becomes,” she opined. Master couturier Paul Poiret (1879–1944) dismissed her efforts as ‘pauvre de luxe’. During Mlle Chanel’s decade-long relationship with Hugh Grosvenor, 2nd Duke of Westminster (1879–1953), she cultivated her love of tweed and cashmere. Maison Chanel’s style relied on signature elements from Mademoiselle’s own experience that she reprised and subtly tweaked throughout her career. These fashion ‘codes’ or ‘Chanelisms’ include braid (Moulins was a garrison town), the chain belt, the marinière top (1916), the camellia, the quilted bag (1955), the bouclé suit (1956) and the two-tone shoes (1957).

Mlle Chanel once observed that “a woman without perfume has no future,” and this year marks the 100th anniversary of arguably the world’s most celebrated example. N°5 (1921) was the first time perfume had been linked to fashion in a holistic way, the radical simplicity of its crisp contoured bottle and understated packaging resembling a minimalist overcoat. Mlle Chanel became the first designer to launch a perfume under her own name, the double C monogram making its first appearance on the stopper. Just as she did with clothes, Mlle Chanel proclaimed her individuality by selecting an ‘abstract’ blend.

N°5 was created by Ernest Beaux (1881–1961), former perfumer to the Russian court, who was introduced to Mlle Chanel by her then-paramour Grand Duke Dmitri Pavlovich (1891–1942). Beaux’s sample did not follow the single-flower convention, but instead combined some eighty ingredients with aldehydes to achieve a complex formula unlike anything else on the market. In 1924, Mlle Chanel partnered with businessmen Pierre and Paul Wertheimer to establish the Société des Parfums de Chanel to expand the distribution of N°5 and subsequent perfumes; she also introduced cosmetics and beauty products. Although Maison Chanel was closed between 1939 and 1954, its turnover of fragrance and accessories maintained Mlle Chanel’s profile during her self-imposed exile in Switzerland.

Mlle Chanel’s vision for the modern woman transcended fashion trends, driven almost entirely by her life experience. She anticipated the age she wanted to live in – one that acknowledged dedication, industry and social mobility regardless of station. At the time of her death, that seemed achievable for women. Adept at curating the image of ‘Coco Chanel’, she drily remarked: “May my legend gain ground, I wish it a long and happy life!”

Gabrielle Chanel. Fashion Manifesto is on display at NGV International to April 25, 2022. 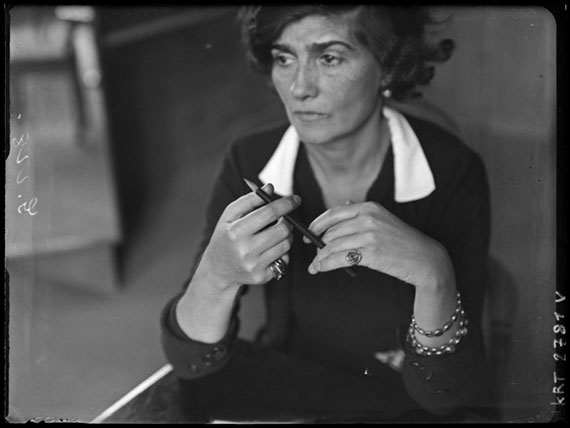 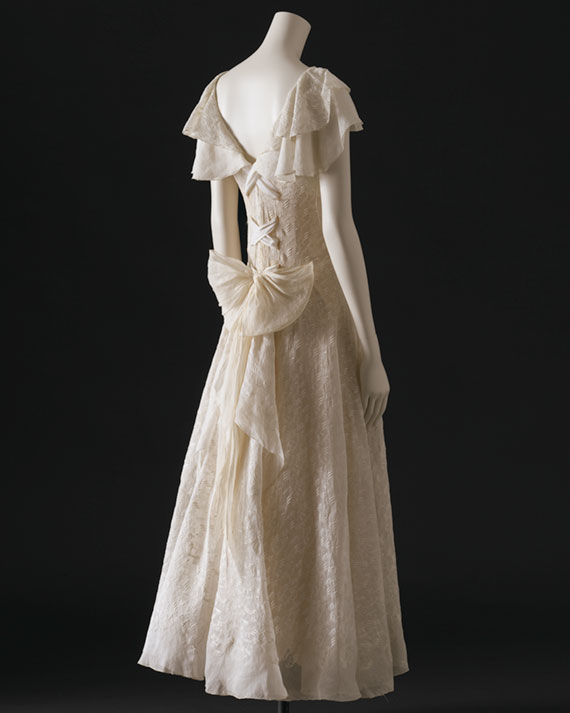 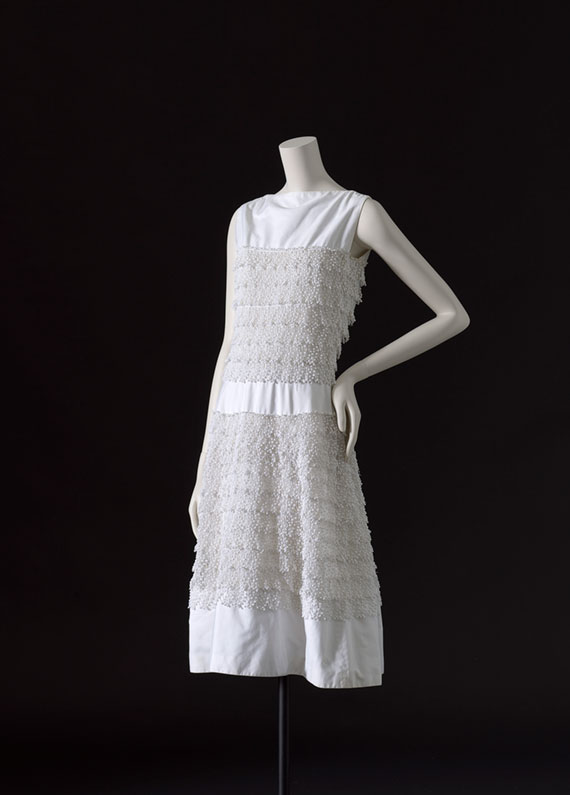