Kirsten Coelho’s ceramic practice offers a meditation on histories past and present. 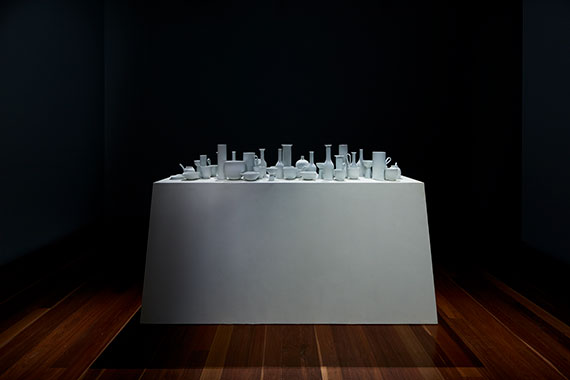 When the pandemic confined us to our home or prevented us from travelling there, we were forced to reflect on that which Kirsten Coelho touched on in the making of Ithaca (2019). Presented at the University of South Australia’s Samstag Museum of Art, the otherworldly arrangement of porcelain vessels explored what curator Joanna Kitto identified as “the elusive nature of home as it is abstracted by time, distance and the inevitability of change.”

The installation takes its name from The Odyssey. Attributed to Homer and written in the seventh or eighth century CE, the tragedy tells of Odysseus’ epic ten-year journey back to his island home of Ithaca, a kingdom without its king. Cursed by Poseidon, god of the sea, but favoured by Athena, goddess of wisdom, King Odysseus sailed the eastern Mediterranean, waylaid by storms and sea-monsters and sorceresses. Upon returning, Ithaca was not as he left it.

Born in Denmark in 1966, Coelho moved to North America before emigrating to Australia as a child. Her return to both places later in life aligned with Odysseus’ experience of attempting to return to a place that only exists in his memory. The Welsh have a word for this, for which there is no English equivalent: hiraeth describes a sadness and yearning for a home that no longer exists.

Though inspired by an Ancient Greek text, Ithaca is, like all of Coelho’s work, firmly located in the present. The artist’s oeuvre tells of a love story with a single medium (clay) and form (the vessel), and her output supports the coherence and cultural resonance of the artistic genre. While many contemporary artists are pushing to flout the traditions of ceramics, Coelho’s disciplined practice and rigorously minimalist compositions have great impact, without the trappings of current trends.

Industrial slip casting techniques allow for the remarkable delicacy of each of the ceramic vessels that comprise Ithaca. The fine lips and thin walls lend each piece an air of studied precarity, as though a moment longer in the kiln would have caused collapse. Arranged on a slightly tapered plinth that resembles porcelain itself, the installation conjures a sense of achingly contained desire in its restrained compositions.

The nimbly curated presentation of Ithaca comprises irregular groupings of variously shaped modernist vessels. Their narrowing spouts, elegantly curved bow handles and elongated columns mimic those of ancient Grecian ceramics and interrogate how objects and art shape history and cultural memory. Unlike her classical predecessors, the artist deploys a painterly practice of luscious glazes and a pale white subdued palette. Together with the crisscrossing, curved shadows cast by each vessel, the installation renders a ghostly apparition of its floating island city namesake.

“A ceramicist is all too aware of the lifespan of material culture, impacted by time’s passing and the influences of its environment,” writes Kitto. “With Ithaca, Coelho deploys the ruin as metaphor for the inevitability of – and the possibilities held within – change and transformation.”

There on the Other Shore shows at Sullivan+Strumpf until October 2, 2021. 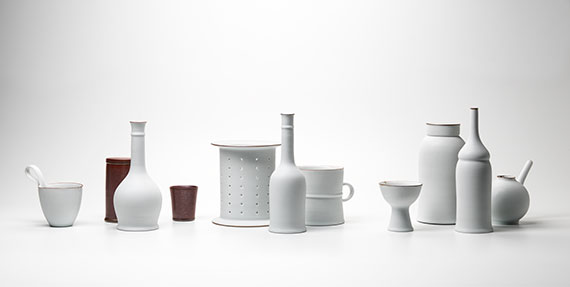 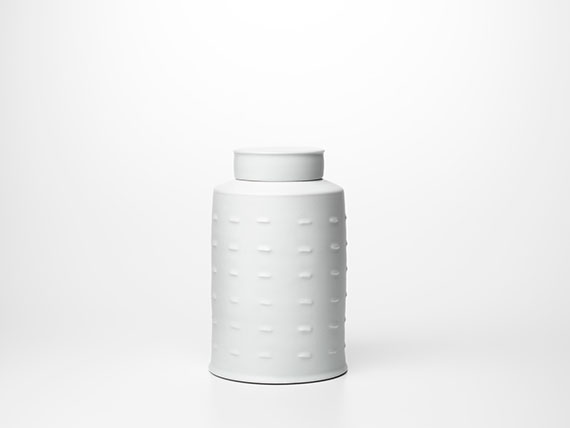 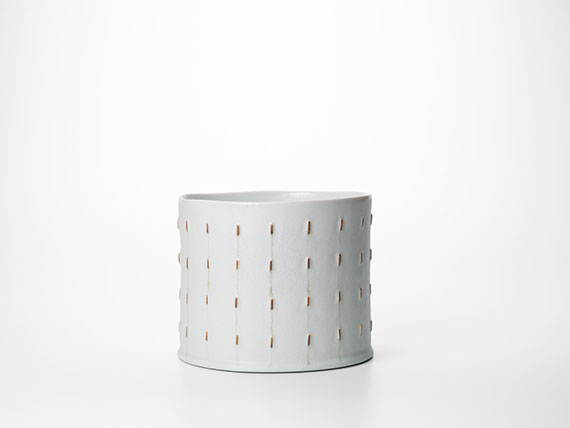 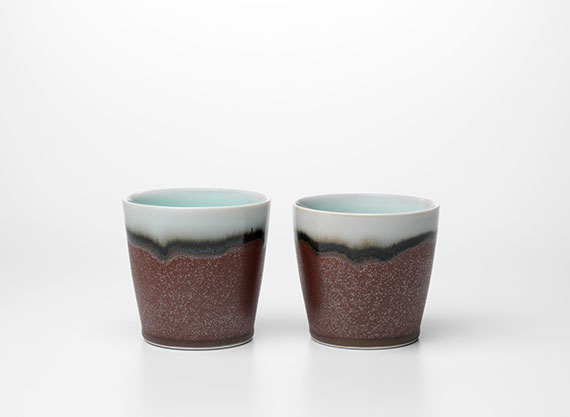