The Body Electric: Images of Desire

Anne O’Hehir responds to the ideas and insights of The Body Electric, a National Gallery of Australia ‘Know My Name’ project that presents the work of women-identifying artists on the subjects of sex, pleasure and desire. 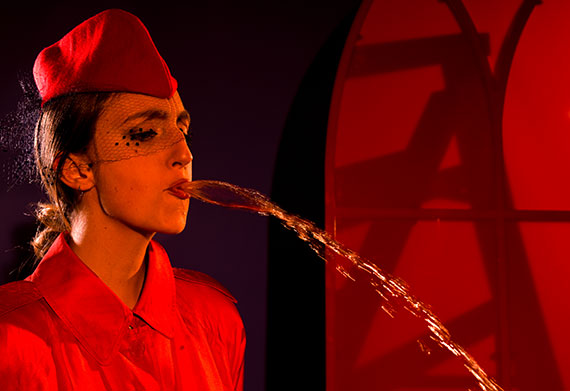 Let’s face it. We’re undone by each other. And if we’re not, we’re missing something. If this seems so clearly the case with grief, it is only because it was already the case with desire. One does not always stay intact.1

As I write this, everyone I know is talking about Phoebe Waller‑Bridge’s television series Fleabag. As Waller‑Bridge’s eponymous character, who has experienced the recent death of her mother and her best friend, explains to a therapist: “I spent most of my adult life using sex to deflect from the screaming void inside my empty heart.”2 Underneath the manic distraction of unsatisfactory relationships, hook‑ups and wise cracks, Fleabag fears that the real (the primordial) truth is either an abyss or a pain so deep she will never recover from it. It is simultaneously hilarious and heartbreaking.

It’s astonishing that Fleabag is often referred to as ‘trailblazing’ because of its frank, let’s say honest, depiction of a woman’s sexuality.3 Astonishing because there has been so much attention paid over the last century to the subject of female sexuality – by artists, psychoanalysts, feminists, writers.

The Body Electric exhibition acknowledges the ways that women artists have actively sought to give an image to female sexuality, in spite of patriarchy’s apparent success at repressing such images from our view. Bringing together photo‑based work by 24 artists made from the 1960s until now, this exhibition shows that women are as interested in images of sex and sexuality as men, and that women artists working in photo and video engage with the subject frankly in ways that are at once humorous, fragile, clumsy, messy and unsettling.

Our relationship to sex and desire says a lot about who we are, our own private proclivities, histories and beliefs. But more broadly, it is also socially and culturally constructed. When feminists in the 1970s came to think about women in terms of their agency, one common aspect of their thinking was the link they saw between a woman’s ability to express herself and her relationship to her body and her sexuality. Nowhere is this point made more eloquently, perhaps, than in Luce Irigaray’s 1976 essay ‘When Our Lips Speak Together’.4 Writing against a language formulated by and for men – for “they have left us only absences, defects, negatives” – Irigaray’s text is fragmentary, appearing at times almost deliberately incoherent.5 The difficulties of creating a new ‘way of speaking’ was something understood by the women daring to forge a new positionality. If language embodied and reproduced male privilege, how were women to create and play a game with different rules, towards a new way of expressing themselves?

To come back into the body and to express ourselves freely, as women, means stepping outside of and resisting the ‘language machine’ that has made women disappear for centuries.6 In place of language, a woman should ‘speak’ through her body, through her blood – that part of us that makes us abject, monstrous, out of control. As the poet and writer Eileen Myles reflected in 2000, in words that still ring true, “if you’ve never realized it before, let me tell you: most women live their lives with a fear of being considered ‘out of control’.”7 Post‑structuralist feminist Hélène Cixous reflected on the fate of Medusa who, like many of her Greek mythic sisters, was killed for her ‘monstrous’ attributes. Embrace our out‑of‑control‑ness, Cixous extolls women, in terms that can only be described as gloriously impassioned: laugh in the face of it, write “female‑sexed texts.”8 Break free, she urged us, move away from the shame and fear culturally and socially associated with our bodies. Cixous sought to reclaim the repressed female body, a body made up of “a thousand and one thresholds of ardor.”9

Similarly, the visual landscape has been dominated by what filmmaker and theorist Laura Mulvey named ‘the male gaze’, a way of seeing predicated on a three‑way exchange of looking between the male maker behind the lens, the male protagonist and the male viewer, with women either excluded or made complicit.10 In each instance, the male gaze falls upon the passive and objectified woman. Photography from its inception was a powerful agent in the dissemination of the commodification of all sorts of things – including women. A woman behind the lens is not enough per se to break the triangular power dynamic of the male gaze. Criticality is crucial: as philosopher and gender critic Judith Butler writes, “to operate within the matrix of power is not the same as to replicate uncritically relations to domination.”11

Despite the uneven power dynamics that the photographic exchange holds in its very DNA, with the person behind the lens ultimately choosing what and when to shoot, we do think differently about the photographs and videos in The Body Electric because the work in it is made by women. A woman behind the lens does change things. Intent and context and (critical) awareness do count. Women are still thinking about the female gaze and how and if that might be possibly achieved. Not knowing is also an important place to come from – a position that opens things up rather than shutting them down. We need as ever to fight for multiple views and voices. Recently, filmmaker and writer Jill Soloway has again wondered if the female gaze is possible:

In other words, the ‘gaze’ itself, the separateness embodied within it, one body separate from the other, begins to dissolve; the self and the other become interchangeable. In the visual space our private and public selves collide. That is what makes the whole thing so mutable and complicated and engaging. Making and looking at images of desire certainly has an aspect of voyeurism built into it, but the artists in The Body Electric also ask the viewer to think about it from an embodied space, one that speaks to intimacy, to self‑discovery and to connection, however compromised and fraught that connection at times might be. “I think you know how to love better than any of us,” Fleabag’s father tells her in the final episode, “that’s why you find it all so painful.”

The Body Electric is supported by The Medich Foundation and ran from March 28 to September 20, 2020. 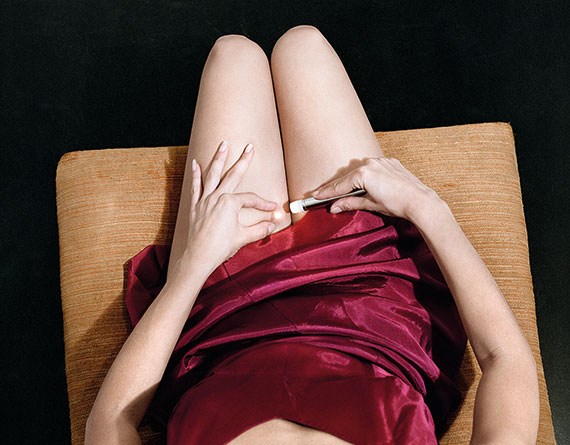 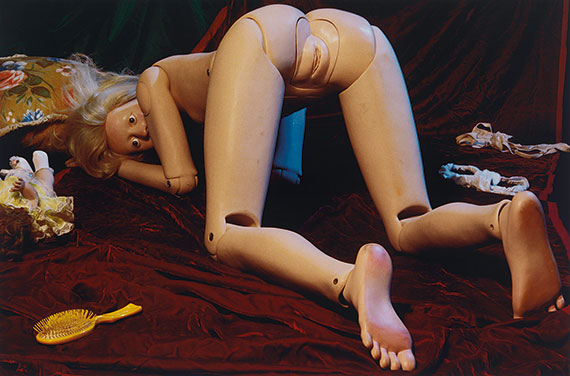 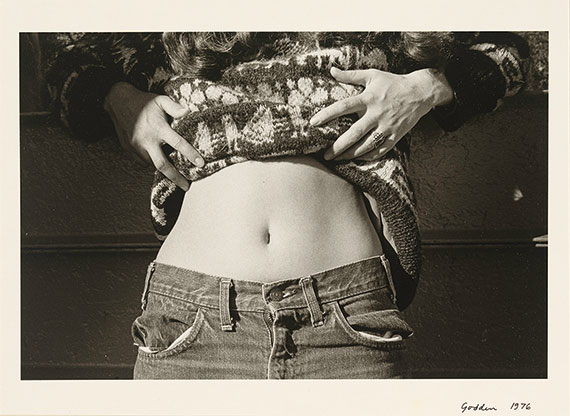 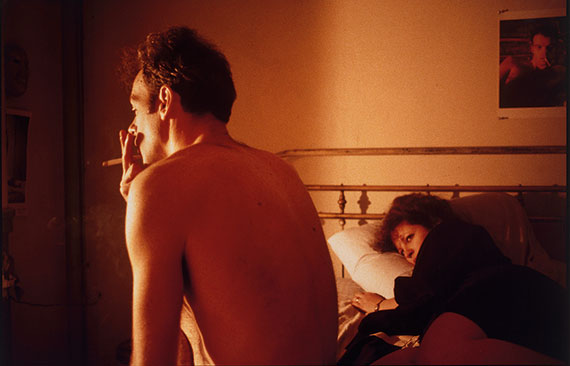 This article was originally published in VAULT Magazine Issue 30.